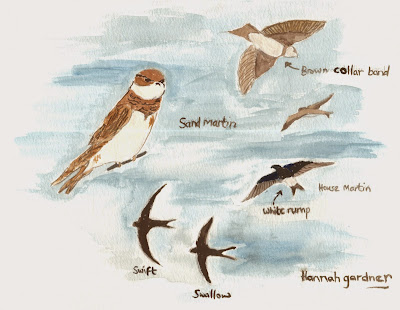 I must admit I have a bit of a passion for the wildlife of rivers and Sand martins and Kingfishers are two of key species of our UK waterbodies. Most people know what a Kingfisher is but I have learnt recently that Sand martins  are it seems a little bit unknown and I have found many people  looking puzzled when I have explained we have built them an artificial nesting site.

Sand Martins (Riparia riparia) are the smallest member of the European hirundines or martin and swallow family and if you wondering why they have ‘sand’ in their name it because they nest is sandy banks on riverbanks, coastal cliffs, gravels pits and in recent years artificial breeding sites that us humans have made for them. Being a summer migrant Sand martins are an international bird spending the winter in Africa and the summer in Europe.
This presents two issues for this species, firstly they need a good winter in Africa and unfortunately due to drought they have been some noticeable population crashes in the past. The second issue Sand martins have had to deal with is the habitat loss of their breeding sites. Gradually over the years many rivers, streams and becks have had their banks altered and made more like Roman roads (or canalised). In theory this makes water travel faster from A to B along stone or concrete walled channels and not as it once was a meandering waterway with sandy banks. Other issues for Sand martins have been listed as livestock eroding riverbanks and the law that is there to protect nesting birds means that many developers and gravel pit extraction companies will now not leave unused areas suitable for Sand martin as they fear prosecution for disturbing  any nesting Sand martins which take up use (Sand Martin Artificial Breeding Sites by Edward Cowley 2009).  Sand martins are now listed as Amber Species of European Concern.
Thankfully ornithologists and conservationist have stepped in and now on may disused gravel pits that have become nature reserves and other areas where we know there is a gap in nesting habitat they have made artificial breeding sites. We know the River Bela once had Sand martins nesting and therefore when we were planning the pond it just seem like an interesting idea to add an artificial bank for Sand martins and Kingfishers. The River Bela is a tributary of Morecambe Bay and the nearest Sand martin nesting site that we know of is 3.5 miles away on a nearby river which is also flows into Morecambe Bay. Knowing this in theory Ellers should be an ideal place for such a grand design! It is too early to say but the Kingfisher has already been seen checked out the pond and on the 29th April 2015 Sand martins were seen feeding along the River Bela! Sand martins have continued to feed along the river and have been checking out the new pond, but as yet we have not seen any signs of nesting. We may not get them nesting this year, but at least we know they have clocked their new nesting site for next year!

1.       Firstly you need to get hold of what we have called the bible - Sand Martin Artificial Breeding Sites by Edward Cowley 2009 from www.sandmartintrust.org.uk . There also have some links to youtube films, which are really useful. All material were sourced from our local building merchants.

3. Foundation. Made of concrete with reinforcing bar. 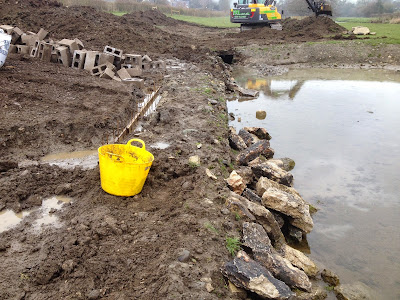 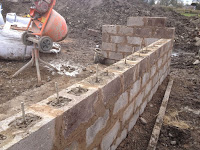 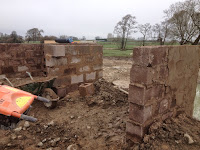 5. Once the walls are up, cement rendering started. 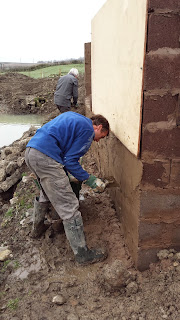 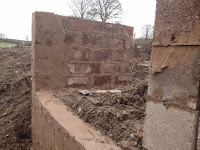 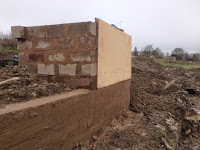 6. With the front board tempoaryly on a template could be draw around the block holes. Then we we could cut out the randon located nesting entrances. 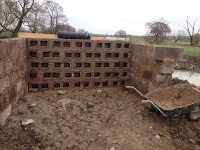 7. Nesting pipes 70cm long and 127mm in diameter. Pipes backed with plastic bags and attached with cable ties. Once pipes are in place they can be half filled with sand and then the front board bolted in place. 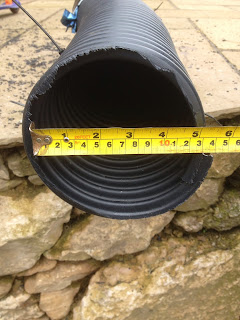 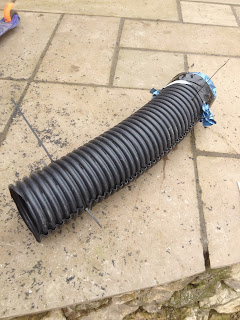 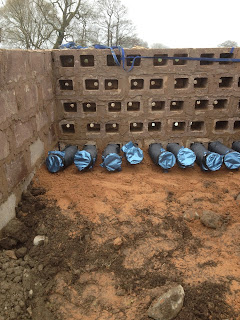 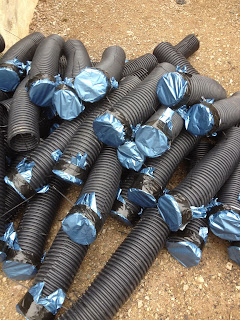 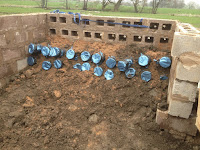 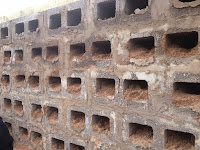 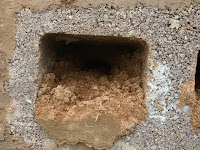 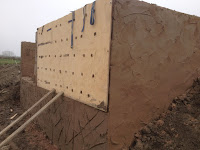 8. Once the artificial nesting site was complete, we filled up the natural nesting bank with a layers of 50/50 sand/soil at a ratio of 50:1 dry cement. A temporary front board was put up to  support the back filling of these layers of sand, soil and cement. We then left the front board on for about a week to allow the dry cement to go off, which has left a really hard bank that we hope is similar in structure to a riverbank. 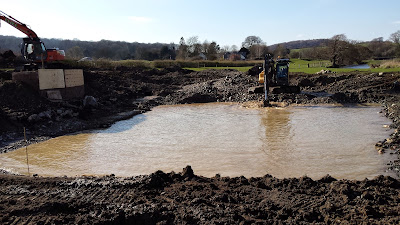 9. Once all the bank was in place, we set to and painted the rendered walls and front board  to give it a more natural look and I finished it off with a Sand martin silhouette painting. 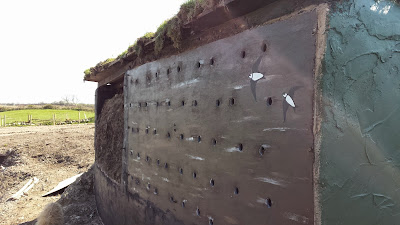 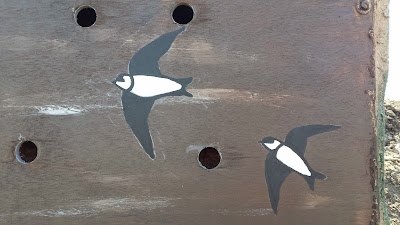 Hannah Gardner
If I am not down Ellers Meadow looking after our animals I am either running Envirotech Ecological Consultants with my husband Andrew Gardner or with our two boys. Both Andrew and I have spent over 15 years advising clients about ecology and land management, but now we have Ellers Meadow we are enjoying our own conservation work. Away from work I enjoy taking my horse out on mini adventures and hope to share some of these routes to inspire others to get out and about.